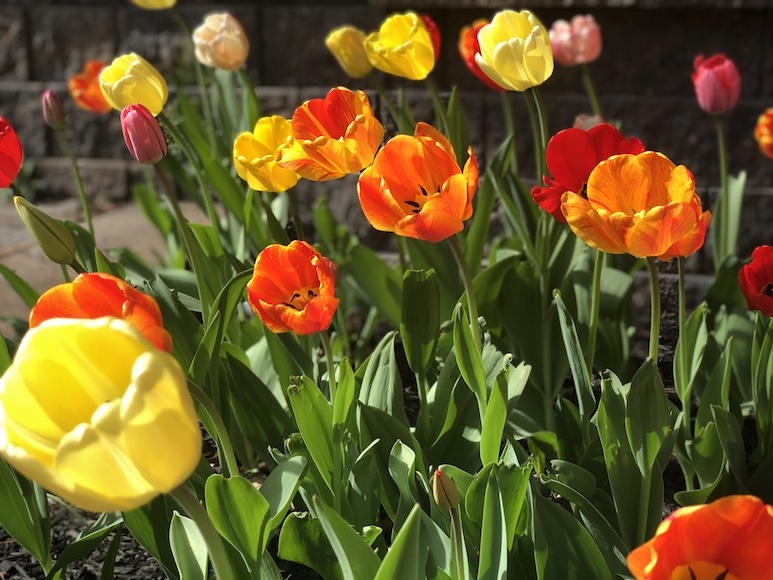 TIP-TOE THROUGH THE TULIPS: Happy Mother’s Day! Mom might enjoy seeing 100,000 tulips in bloom at the 71st Tulip Festival, Albany’s annual celebration of its Dutch heritage, which takes place this weekend and features the crowning of the Tulip Queen at the Lakehouse Stage in Washington Park. Albany.com has a rundown of all the activities. http://bit.ly/TulipFest2019

SARAGROWA: Saratoga County is the fastest-growing county in New York State, but you may be surprised by who’s moving in and how Saratoga County stacks up against other high-growth areas of the country. Insightful reporting from the Albany Business Review’s Robin Cooper … http://bit.ly/Saragrowa

THERE’S ALWAYS MAGIC IN THE AIR: Another impressive residential/ retail/ commercial project is coming to Broadway in Saratoga Springs. http://bit.ly/BroadwayBuildUp

HOMER FALLOUT, DEUXIÈME PARTIE: The Simpsons, those crass-border insulters. Last week we chronicled Upstate New York’s choleric reaction to Homer’s road ripping Upstate New York. Turns out the Canadians are also irritated. And this week, just to bring tears to your eyes, The Onion slices and dices the charms of Albany. Will the insults ever stop? 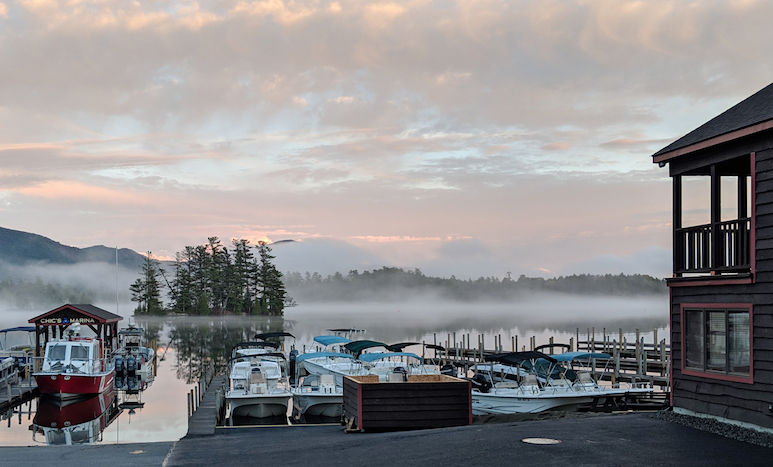 MAXIMUM GRACE: Some greatness came out of Saturday’s mess at Churchill Downs. Tim Layden’s Sports Illustrated coverage, for example. Red Smith, Grantland Rice, Frank Deford and Shirley Povich – they wrote the poetry of their day. Each has a modern peer in Layden, the Whitehall native who’s been with SI since 1994 and covers the NFL, the Olympics and horse racing. Last Saturday, in the sloppy moments that followed the Kentucky Derby, he pieced together a dramatic narrative about the most controversial outcome in 144 years in the deeply reported, richly detailed, humanizing tradition he has created. He followed it up with probing coverage about the consequences of the stewards’ decision to award the roses to a horse that did not win. Layden played football at Whitehall High School, basketball at Williams College, and some of us remember when his work distinguished the pages of The Daily Gazette and The Times Union. When the sharp details of last week’s Kentucky Derby fade into fogginess, Tim Layden’s faithful account will stand up beautifully.

TWO DISTINGUISHED VETERANS: Veteran Albany journalist Benita Zahn has brought hundreds of compelling stories to life in a distinguished career at WNYT-13 where she is an anchor and health reporter. But there was something special about the story of Korean War hero Red Parkinson and his unforgettable service during the forgotten war. It aired just two weeks before Mr. Parkinson died. Last week, Zahn was honored with an Emmy Award, as we were WNYT colleagues Jerry Gretzinger, Justin Wambach, Matt Soriano and Alex Clarey. http://bit.ly/DistinguishedVeterans

NORTHERN LIGHTS: The talented team at Mountain Lake PBS has been honored with Emmy nominations in the 42nd Annual Boston/New England Chapter of the National Academy of Television Arts & Sciences. Fulton Fryar was the first African-American to study at Schroon Lake’s Seagle Music Colony, and “Fulton Fryar’s Closet” explores his story of racial inequality in 1950s Adirondack culture. “Rise Above” tells the story of Clifford Oliver, a Navy veteran from Northern New York who after two tours in Vietnam, left the military, became a photographer and used his knowledge to rise above the prejudice he experienced both in the south and on ship.  And “Irregular Borders” tells the story of volunteers aiding some of the tens of thousands of migrants who have used a remote road in Clinton County to illegally cross the border into Canada where they are arrested but have a chance to be processed as asylum seekers.

CLEAR SKIES AHEAD: Andy Gregorio, a sunny guy who makes even bad weather more palatable, is leaving local television to embark on a new career in information technology. His forecast never called for a TV career. http://bit.ly/AndyGregorioGoing

LUNA NOT ECLIPSED: With apologies for the shameless self-promotion, our own John Brodt and his wife, Lisa, are the proud “grandparents” of the Times Union’s “Bark Madness Awesome Dog Photo Contest” winner, Luna, owned by their son Steven and his wife, Sidney. http://bit.ly/LunaIsAwesome

EXTRA! EXTRA!  Were you among the approximately 200 extras chosen to appear in the HBO series “Succession” shot this week in the North Country? Keep an eye out for your friends and familiar Lake George and Lake Placid sites. http://bit.ly/NorthCountryExtras 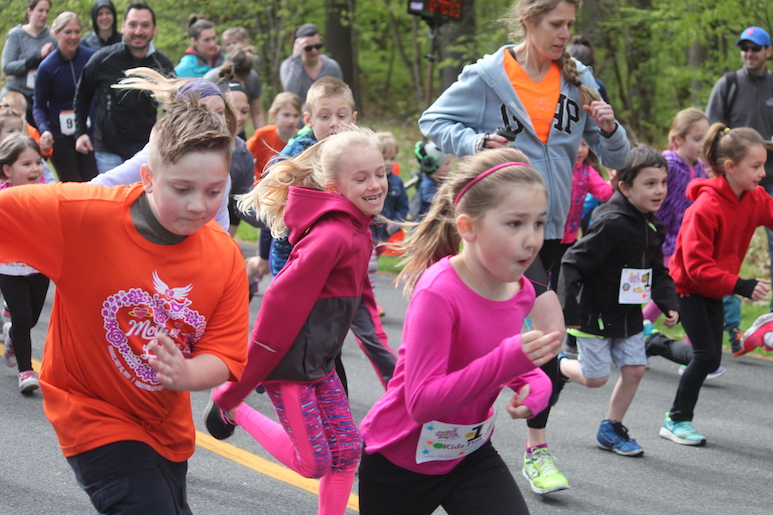 A LITTLE KARMA WITH THAT CRAFT: The smart folks behind Druthers put it this way: “We are serious about rewarding those among us who live according to simple truths, take inspired chances, go against the grain, throw themselves all in, trust karma to pay tribute when it is earned and due.” Going with the grain seems to have worked out just fine. http://bit.ly/DruthersGrowth

BIG LEAGUE DREAMS IN SARANAC LAKE: They’ve been making professional quality baseball bats in the Adirondacks for decades, but somehow we’ve overlooked the region’s professional baseball league. The Empire Professional League, a six-team, independent minor league circuit for players not drafted by a Major League organization, has a team in Plattsburgh and this year adds the newly announced Saranac Lake Surge. A third New York team is apparently in need of a home and looking at Canton and Peru. http://bit.ly/AdirondackBaseball

GET OFF YOUR AXE: Enough with the bird watching and badminton, friends. A real sport is coming to the Capital Region. http://bit.ly/AxingSport

STARBUCKS IS EVERYWHERE: And the Gold Medal for Product Placement goes to …  http://bit.ly/StarbucksThroneGame

SCENIC RUN: What better way to soak up the beauty of the Olympic region than on foot? The Lake Placid Marathon celebrates 15 years the weekend of June 8-9.

NO LONGER GRAMPY: The organization behind the Grammy Awards named its first female president and CEO this week. http://bit.ly/GrammysFemaleLead

STIRRING THINGS UP: We did not know Carl "Pete" Pietrykowski of Delmar, but his letters had us shaking with laughter.

SNACK CHAT: The annual TED Conference is known for attracting some of the brightest minds in the world, and those minds evidently love to indulge in the unique snack varieties that are available free of charge to attendees. http://bit.ly/TedsSnacks

MURDER, SHE DREW: The headline is so good, we just went with it. Meet Marilyn Church, a courtroom sketch artist who has attended, and illustrated, some of New York City’s most high-profile trials of the past 40 years. http://bit.ly/MurderSheDrew

SOUR APPLE: Who knew that making customers stand around or beg employees to help them would make people upset? Evidently, not Apple. http://bit.ly/ShineOffAppleStore

SPEAKING THEIR LANGUAGE: James Callahan, a 43-year-old sociology teacher at Lowell High School in Massachusetts, has created a dictionary to define the slang his students are using. http://bit.ly/GenZDictionary

FACING OUT: FACING OUT is what we do. We help companies, organizations and individuals work effectively with their most important external audiences – their customers, their shareholders, their communities, the government and the news media.  www.behancommunications.com