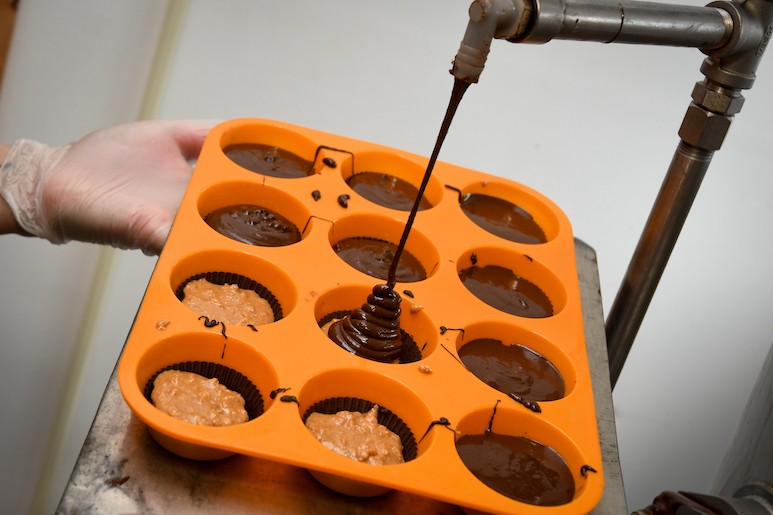 THE NAME FALLS SOFTLY UPON OUR EARS: How about a relaxing weekend on 47 acres of wilderness in a cozy, 137-year-old inn that blends classic charm and modern, quirky design? A place where you can start the day with a quiet morning hike, savor sourced-from-scratch food, and cap it all off with a late-night concert in the tavern? In the winter, you’ll warm up next to wood-burning stoves after skiing at Wyndham or Hunter. In the summer, you’ll discover the spectacular waterfalls and natural swimming holes. All year long, you can marvel at the updated guest amenities and the revitalization efforts of two hospitality entrepreneurs. Welcome to an iconic resort in the heart of the CatskiIls, 100 miles north of New York City. This is the Glen Falls House.
http://bit.ly/GlenFallsHouseInTheCatskills

NOURISHING THE FUTURE: New Jersey’s Jon Bon Jovi and his wife Dorothea Hurley have opened two upscale, farm-to-table community restaurants where people in need can eat for free. Those who can afford to pay donate; those who can work help out in the kitchen. So far, they’ve served more than 100,000 customers. Now the third JBJ Soul Kitchen has opened on a college campus where food insecurity is a problem for one in three students. http://bit.ly/BonJoviRestaurants 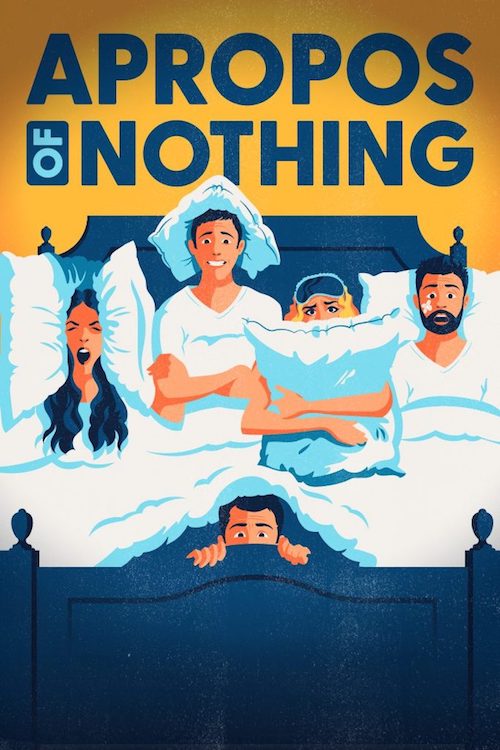 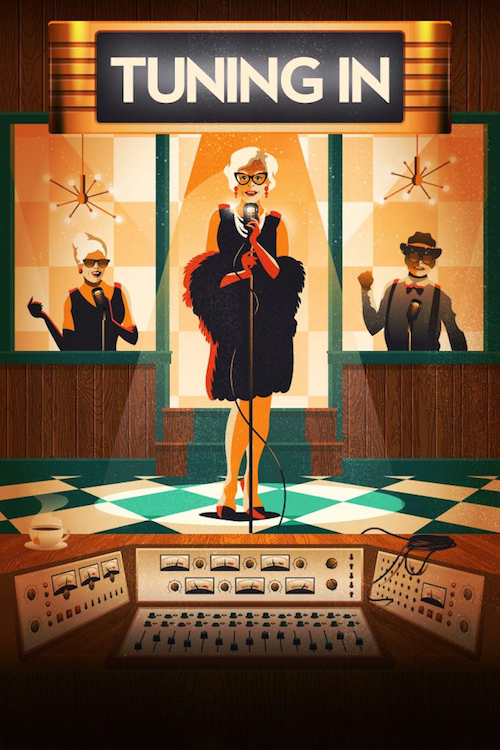 SUMMER, FULLY STOCKED: What’s remarkable about the summertime Adirondack Theatre Festival in Glens Falls is its longevity (26 years) and its creative courage. From the start, ATF eschewed the easy and the tried. It opted to stage original works only, nine weeks of contemporary musicals, plays and bravery, performed by some of the most established actors in the country. Twenty-five world premieres have opened on the stage of an old Woolworth’s transformed as the Charles R. Wood Theater. ATF has just announced the 2020 summer season. http://bit.ly/AdkTheatreFestival

DANCE LIKE THE WHOLE WORLD’S WATCHING: Over the last 42 years, a single high school in rural Upstate New York has raised an astonishing amount of money — more than $8.1 million — to help local people in need. Last year, the students raised $837,859. The South High Marathon Dance is a national model of young people inspired to reach beyond themselves to help their neighbors, and they are getting ready to break their fundraising record.  http://bit.ly/SouthHighMarathon

ADIRONDACK TRIVIA: Last week we asked you about the Adirondack lake that holds a record for freezing the longest. This week’s question: Of the 3,000 lakes and ponds in the Adirondacks, which is the largest natural lake? https://www.onlyinyourstate.com/new-york/raquette-lake-ny/

GOLD FOR TROY: “Downton Abbey” producer Julian Fellowes looks to have another hit on his hands. It’s an HBO series to be shot in Troy this summer called “The Gilded Age.” Marian Brook, orphaned daughter of a Southern general, moves in with her rigidly conventional aunts in New York City and gets caught up in the dazzling lives of her rich neighbors as she struggles to decide between adhering to the rules or forging her own path. It will star Jeanne Tripplehorn, Christine Baranski, Amanda Peet, Cynthia Nixon and Morgan Spector. http://bit.ly/HBOFilmingInTroy

SPIES AMONG US: He’s a globe-trotting spy who meets the woman of his dreams, decides to retire as a secret agent and disappear with her in a small town where he sells cardboard boxes. Welcome to “Spy Intervention,” filmed in Glens Falls and Lake George and hitting select theaters and digital channels on Valentine’s Day. http://bit.ly/GlensFallsSpyFilm

ONE WHEY: Road salt, once the essential seasoning of winter, has a major downside. It contaminates nearby drinking water wells and water bodies and eats cars. So, scientists, environmental advocates and highway crews are looking for effective, affordable alternatives that will keep the public safe on slippery roads. Now, beets and pickles may be crossing the double-solid line. http://bit.ly/TheFlavorofWinterRoadSafety 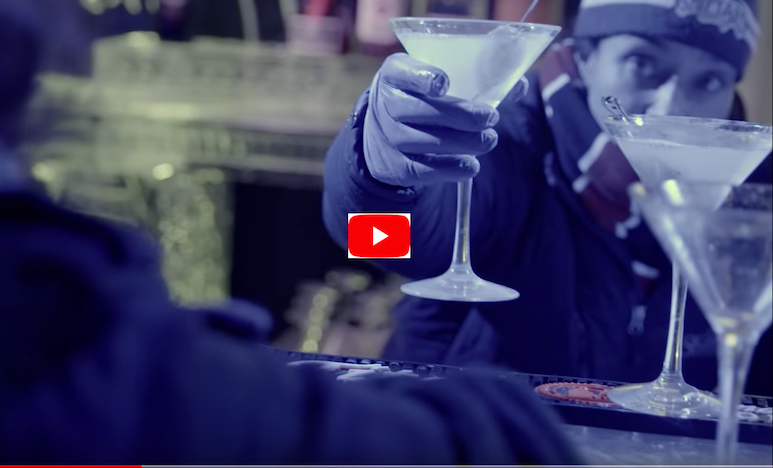 COME AS YOU ARE: It’s the weekend. Maybe we should invite the neighbors for dinner. Naked. Wait 'til they see our casseroles.  http://bit.ly/NakedDinnerParties

TAKE ME OUT TO THE PR DEPARTMENT: Basketball has LeBron, with 59 million Instagram followers. Football has Odell Beckham Jr. with 14 million. Baseball is looking for a global icon. http://bit.ly/BaseballsPRStar

THE BURSAR’S RESPONSE: Some of the sharpest minds of their generation find their place at Oxford. But they are minds in formation, and not all of the formation goes on in the classroom. Consider a recent incident when the young thinkers took to protesting what they see as the inappropriateness of Oxford’s carbon-based investments. Cue the bursar and some cold reality. http://bit.ly/OxfordsCarbonLesson

WHERE OPPORTUNITY LIVES: Gender-neutral personal care. Pet wearables. Clean water. These are the most promising opportunities for entrepreneurs in 2020. http://bit.ly/2020BusinessStartupIdeas

WHACK UPSIDE THE HEAD? Freud thought creativity arose from the sublimation of sexual desires. Others have pointed to sleep, boredom or diligent work as innovation’s spring. So, how do we explain brain injuries that result in extraordinary insight or creativity? http://bit.ly/CreativeJoltToTheBrain

RAZOR BURN: Stubble’s still cool, but so is Harry’s, the upstart razor and shaving cream maker. It’s the Apple TV to your CBS. Schick? Well, that’s gray beard, an entrenched incumbent. Schick and Harry’s thought they might cut it together. The FTC is trying to nick it. http://bit.ly/RazorMergerUnlikely

LOVING IT: Wikipedia, Merriam-Webster, the Oxford English Dictionary — they all have a sharp eye and a keen ear for new words making their way into the language. That’s why the Oxford opted to include McJob, defining it as “an unstimulating, low-paid job with few prospects.” Fried, McDonald’s ordered up some lawyers and PR people. How McFlexible and McOpportunity were born. http://bit.ly/McJobsDefinitionDebacle

I AM ISSUR: He was Spartacus. He appeared in 85 films and was among the 50 greatest screen legends of all time and, in his day, Issur Danielovitch Demsky was a pretty good wrestler at St. Lawrence University. Before he made his name in Hollywood, Kirk Douglas made his real name in Canton as an athlete, actor, president of St. Lawrence’s student government organization and a member of the German club. http://bit.ly/KirkDouglasStLawrence

WITH UPRAISED EYES: In middle school, she joined the American Civil Liberties Union. In high school, she visited rural Ghana to teach blind children. As an executive, she developed a vision about bringing the dignity of work and the promise of a living wage to some of the world’s most vulnerable people, and her vision led to the creation of a company that has helped an estimated 50,000 people. Kids who saw no future began to see one with companies like Microsoft, Google, Facebook, Walmart, Getty Images, Glassdoor and Vulcan Capital. Leila Janah was just 37. http://bit.ly/LeilaJanahMemorial

HER CAPE: Her first book, “Where are the Children?” was set on Cape Cod. The 55 books that followed were all best sellers. When Mary Higgins Clark died last week in Florida, the loss was felt throughout the publishing world but most acutely among her loyal summer friends on the Cape. http://bit.ly/MaryHigginsClarkMemorial

FIRE AND RAIN: From Lenox, Mass., the LA Times catches up with James Taylor as he prepares to release a new album and a memoir he resisted writing because, he said, his music spoke for itself. At 71, JT reflects on his turbulent first 21 years. http://bit.ly/JamesTaylorBiography

SUN ON SARANAC: The first community solar project in the Adirondack Park is taking shape in Saranac Lake. It will provide solar power to about 250 homes whose owners won’t have to buy solar panels. http://bit.ly/SaranacSolarProject

THE ART OF CHANGE: Niagara University put out a call for art by women, and 185 women responded. Each artist was asked to choose one piece that reflects her work, her thoughts and how the Western New York region has influenced her. “Historically, art by women has not been given the careful thought and critical assessment that art by men has received,” said Michelle Marcotte, coordinator of the exhibition. “I invite you to be part of this change.” http://bit.ly/WNYWomensArt

It is true that I was born in Iowa, but I can't speak for my twin sister.
— Abigail (Dear Abby) Van Buren

WOODSWOMEN: In New York State, the number of first-time adult male hunters has declined sharply in the last 15 years. But the number of women has increased at about the same rate. Women, in fact, are the fastest growing demographic in hunting; they now account for as much as 15 percent of hunters nationwide and are helping to keep deer populations in check. http://bit.ly/WomenDeerHunters

How about a Good Read?

Each week we share news and views meant to engage, inform and delight. Be a part of our community!