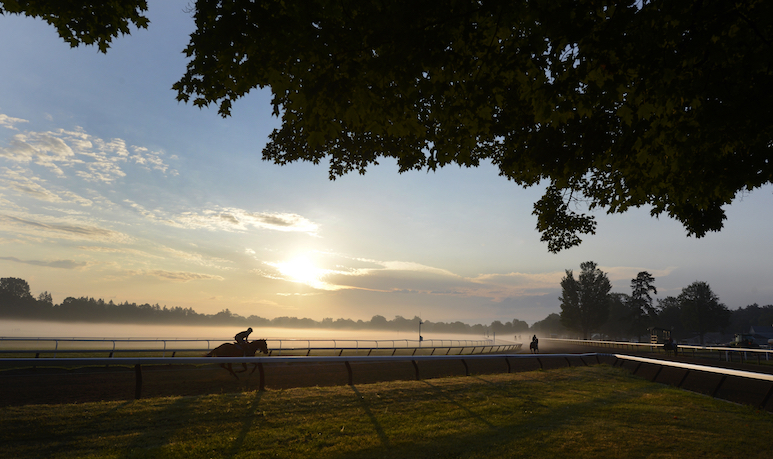 SPRING, NICE OF YOU TO SHOW: The best high school basketball in New York State is back in Glens Falls, the sweet aroma of maple syrup is wafting over the North Country, and in the distance, we can almost hear the thundering hooves at Saratoga, with season tickets for the Saratoga meet already available, and the horses expected back in mid-April. And when the meet and weather really heat up, you can relax in the cool new 1836 Club.

OH, BABY –They’re big and beautiful, those Buckley babies. The Corning, N.Y., mom and dad were told they probably could not conceive. Big miscalculation. First came Chase at 11 pounds, 21 inches. This week, Harper made her debut at 15 pounds, five ounces. http://bit.ly/WhatABaby

NEITHER SHAKEN NOR STIRRED: Don’t have time to mix your favorite adult beverage? Keurig and Anheuser-Busch InBev are automating home bartending with Drinkworks, a machine that functions much like the Keurigs that are now used regularly in homes and offices across the U.S. http://bit.ly/BartendingPod 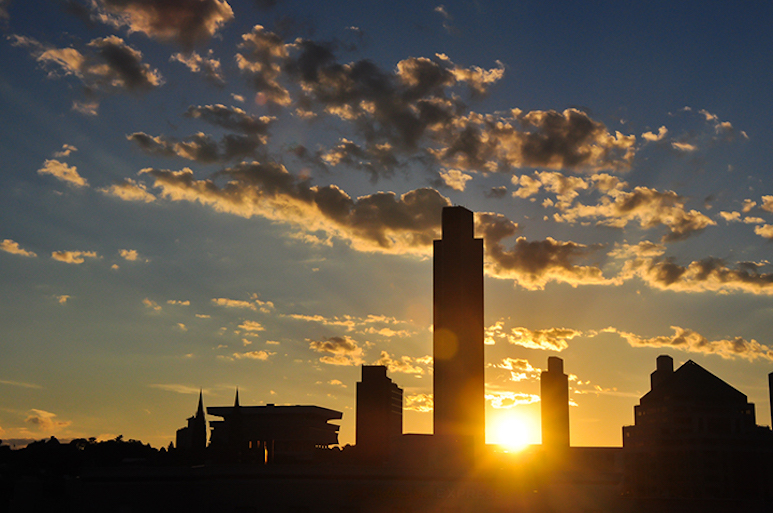 Many people think the best view of Albany is from Rensselaer.
Now, there's more to see in Rensselaer.

A WIN FOR RENSSELAER: The City of Rensselaer has taken too many unjustified slams over the years. Now, it has one to celebrate: The first grand slam in major league history was long credited to Albany. Way off base. It actually happened at Riverside Park in Rensselaer, N.Y, on September 10, 1881. The W goes to Matt Malette of Spectrum News and @AlbanyArchives. http://bit.ly/RensselaerGrandSlam

BAR STARS: Seven local beer and craft cocktail hot spots make Yelp’s list of best bars in Upstate New York, including 15 Church and Hamlet and Ghost in Saratoga Springs, Top of the Park and Smoke Signals in Lake Placid, Beyond the Sea in Bolton, Malcolm’s in Schenectady and Delaware Supply in Albany. http://bit.ly/BestBarsUpstate

DUNGEONS, DRAGONS AND DUNGENESS: The hottest new addition to Troy’s diverse food and fun scene is a board game café, Bard & Baker. Think bagels and Battleship or Scrabble and scones. “How fun” and delicious, says The Times Union’s reviewer Susie Davidson Powell.  http://bit.ly/TroysBoardGameCafe

SCOUT’S HONOR: Bethlehem’s Erick Christian just joined a group more exclusive than the U.S. House — the Eagle Scout is one of only about 400 individuals in the history of the Boy Scouts to earn all of the organization's merit badges. http://bit.ly/TopOftheEagleScouts

A SOLID STATE: For only the third time in 12 years, the surface of Lake Champlain has frozen from one shore to the other, a late-season treat for those who like to ply the hard water. http://bit.ly/FrozenGift

PUT ME IN, COACH: Lake George Mayor Bob Blais, a native of Holyoke, Mass., and “a Red Sox fan the day I was born,” will throw out the ceremonial first pitch at a Red Sox game at Fenway Park to celebrate his becoming the longest-tenured mayor in New York State. http://bit.ly/MayorsPitch

ED’S HOME: Ed Bartholomew was the 18th mayor of Glens Falls and the youngest in New York State when, at 28, he took office in 1978. He opened the Civic Center his predecessor had built and signed the contracts to bring professional hockey and baseball to Glens Falls while helping attract new industries to the community. When a term limit ended his eight years of mayoral service, he began a career in state government. But Glens Falls was always home, and Ed came back as President of the Economic Development Corp. of Warren County in 2013. He is the perfect choice for the “Community Spirit” award to be bestowed tonight by St. Mary’s-St. Alphonsus School. http://bit.ly/HometownRecognition

A STRICT NEWS DIET: Facebook wanted to launch a new local news initiative that it could tailor to markets around the U.S. One problem: It found that about one-third of U.S. residents live in “news deserts,” where there is not enough local reporting to sustain a platform on Facebook. http://bit.ly/FacebookNewsDeserts

A BEAUTIFUL MIND: Eight-year-old Tani Adewumi and his family fled violence in their native Nigeria and are living in a homeless shelter as they seek asylum in the U.S., none of which prevented Tani, a relative newcomer to the game, from winning his division in the New York chess championships and aiming for the elementary national championship. http://bit.ly/ANewWorldWithChess

$68.18 A SECOND. FOR 12 YEARS. That’s how much Los Angeles Angels superstar Mike Trout will earn under a 12-year, $430-million contract extension that is the largest by $100 million in North American sports history. Trout is so great that, according to one baseball analyst, it’s still below his market value. http://bit.ly/430MTooLittle

FROM THE GROUND UP: Spring is construction season, and new building is occurring all over the Capital Region. The Albany Business Review gives us a look at some of the projects you may notice on your daily travels. http://bit.ly/GrowingBuildings

FACTORY 5.0: C.C. Knight Company built the factory in 1908 and iron and steel workers made railroad goods there. In 1915, a beer magnate acquired it to build race cars. Two years later, it became a yarn factory, then offices for U.S. immigration and customs. Now, it’s home to cool luxury apartments. http://bit.ly/FastLivingApts

YOU’LL WANT TO MILL: A factory for fur hats and lawnmowers is repurposed as a boutique hotel, with stunning views of a waterfall, locally sourced food, original art, custom furnishings and fixtures, largely powered by green energy.   http://bit.ly/MillAboutFormerMill

THEY CALL IT TOURISTS: A dilapidated, mid-century motor court is transformed into the hottest new hotel in the Berkshires, complete with a restaurant in a former temperance society home and cocktails and music in an 1813 farmhouse. http://bit.ly/TouristsWelcome

PAGING PHARRELL WILLIAMS: America, as any Twitter user can tell you, can be quite an unhappy place. Just how unhappy is chronicled in the annual World Happiness Report, which found the U.S. had slipped to 19th place, its worst showing since the first report was issued in 2012. http://bit.ly/UnhappyAmerican

FACING OUT: FACING OUT is what we do. We help companies, organizations and individuals work effectively with their most important external audiences – their customers, their shareholders, their communities, the government and the news media.www.behancommunications.com