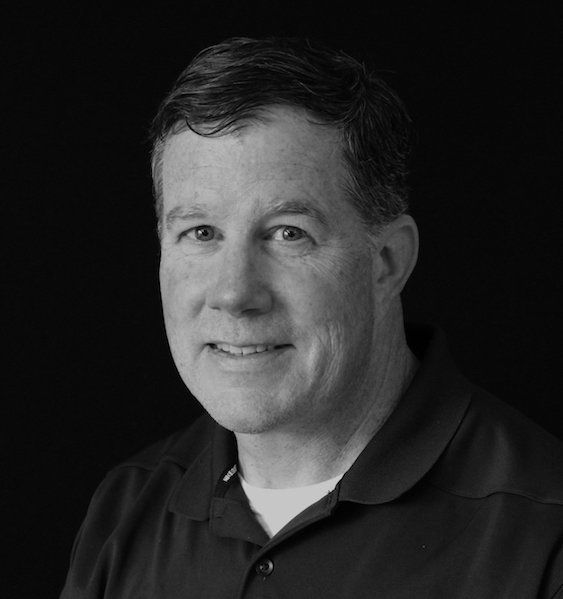 By Pat Gormley
Historian and Author

The Adirondack Park is known for more than its natural resources and majestic landscapes. Sports have played a pivotal role in the Park’s cultural history. The 1980 Winter Olympics in Lake Placid is the cornerstone of the Adirondack sports legacy highlighted by Herb Brooks’ U.S. men’s hockey team’s unlikely victory over the Russian juggernaut followed by a win over Finland in the Gold Medal round.

Outside of the Olympics, the region has several links to professional sports. Heavyweight boxing champion Gene Tunney and other famous pugilists trained in Speculator, New York, during the 1920s and 30s. In golf, U.S. Open and Masters champion Craig Wood designed the Lake Placid course, and Scotsman Alistair Mackenzie, the architect of Augusta National, designed the Lake Placid Club’s Mountain Course. This past July 4th, the Empire Professional Baseball League’s newest team, the “Saranac Lake Surge” began their first season. Speaking of the great American pastime, some may not know of the most famous major league player ever to come out of the Adirondacks.

Johnny Podres was from Witherbee, a small iron ore mining town in Essex County. Podres was the eldest of five children of immigrant parents of Lithuanian-Polish descent. His prestigious major league pitching career spanned 15 years, but the left-hander may be best known for his dramatic role in the 1955 World Series when he was playing for the underdog Brooklyn Dodgers.

I visited the Podres home to speak with his widow Joan “Joni” Podres. We walked into the living room that is a gallery of framed photographs, plaques, and even a congratulatory letter to Johnny from Vice President Hubert Humphrey dated 1965. Among the impressive items that adorn the walls are: the cover of the 1956 Sports Illustrated naming Johnny “Sportsman of the Year,”,plaques signifying Podres’ induction into several halls of fame (including Lake Placid) and a candid photo of Johnny (then the Phillies’ pitching coach) shaking hands with a smiling Jack Nicholson. Joan said the original lithograph of Johnny on the mound by artist Robert Riger from the Sports Illustrated Collection is her favorite piece. Once we perused the rest of the collection, we sat at the dining room table where more vintage photos and magazines were waiting. 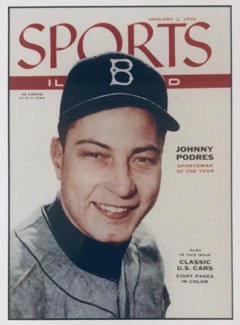 Joan Podres explained that she and Johnny met in the early 1960s by a hotel pool in Los Angeles while he played for the L.A. Dodgers, and she was on tour with the Shipstad and Johnson Ice Follies. Joan is originally from Philadelphia and Ardmore, Pennsylvania, and fell in love with figure skating at a young age. She remembers her father was instrumental in her success as a skater. He took her to the rink with four hockey-playing older brothers so she could develop her skills. She skated with the Follies for ten years. Johnny and Joan conducted a long- distance courtship since both professions required a great deal of travelling. They married in 1966. 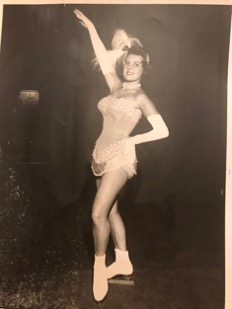 Johnny’s hometown, the hamlet of Moriah, was a source of great pride for him. “He went back to Witherbee every chance he had,” said Joan. The region’s economy depended on the iron-ore industry from the 1820s to 1971 when open-pit mining in the western states became more economical and mining in the east diminished. Before World War II, Moriah was the largest producer of iron ore in the nation.  Johnny’s father, Joe Podres, worked in the mines throughout his life. Joan recalled travelling to Witherbee with Johnny and watching the men disappear into the mine only to emerge at the end of the shift with faces blackened with mine dust. Joe Podres played minor league baseball on Sundays for 25 seasons travelling around the Adirondacks to compete. He was a pitcher, and young Johnny learned by watching his father.

As a boy, Johnny grew up a Brooklyn Dodgers’ fan and listened to games on the radio until his mother demanded that he shut it off and go to sleep. At age 17 as a senior at Mineville High, Johnny made a name for himself as a pitcher and soon garnered attention outside of the Adirondacks. Alex Isabel, a Brooklyn Dodgers’ talent scout from Amsterdam (N.Y.), saw something extraordinary in the hard-throwing phenom, and the Dodgers were interested. 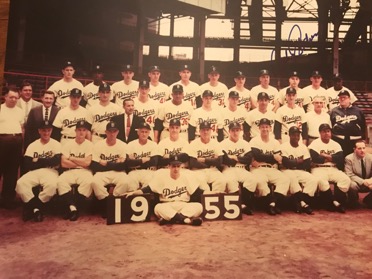 Podres’ dream of playing professional baseball became a reality when he was drafted by the Dodgers to play for their AAA team, the Montreal Royals. In 1953, he was called up to the majors, and his remarkable career began. In 1955, he pitched a shutout in game seven to beat the favored New York Yankees, 2-0, in a World Series that is still talked about, especially in Brooklyn. Podres received the M.V.P. for his dynamic performance in the Series. He stayed with the Dodgers when they moved to Los Angeles but was later traded to the Detroit Tigers. In 1969, Johnny Podres played his final season with the San Diego Padres. In his prolific career, Podres had a .561 winning percentage, a 3.68 ERA, 1435 strike-outs, and four world championships.

Joan Podres described her late husband as “a diamond in the rough.” She said Johnny was determined to prove that a kid from a small town in the Adirondacks could make it in the big leagues. Podres’ career exposed him to a life of fame, but he returned home to Witherbee as much as possible to see family and to hunt and fish. After his playing days were behind him, he and Joan raised their two boys in the Moriah region. Johnny was known to enjoy attending the races at Saratoga -- sometimes with his old friend and teammate Don Zimmer.  Joan and Johnny eventually retired to a quiet neighborhood in Queensbury, N.Y. Johnny Podres passed away in 2008 at the age of 75.

Bronze statue of Johnny Podres at the Baseball Hall-of-Fame in Cooperstown Source: wikivisually.com/wiki/Johnny_Podres

Today the Moriah Central High School baseball field is named after the community’s favorite son, and a few years back, Joan bought all the uniforms for the Moriah Youth Baseball and Softball teams. For one season, all the children wore the number “45” in honor of Johnny Podres, the hometown hero and Adirondack native. 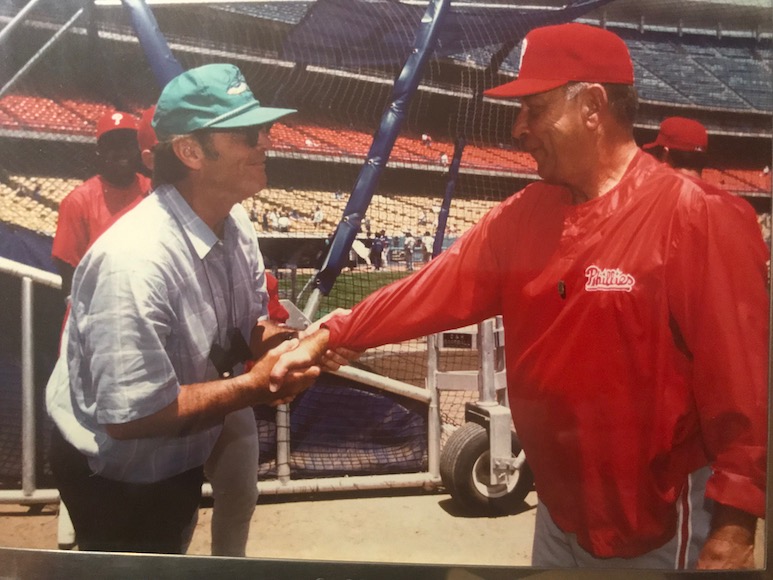 Postscript:  Because of restrictions in length, this article does not include many details about Johnny Podres’ teammates, statistics as a player or his long coaching career. I suggest searching Society For American Baseball Research at https://sabr.org/bioproj/person/14288820 for more information. Also, Podres is featured in the HBO series “Sports in the 20th Century” and in Ken Burns’ acclaimed documentary “Baseball.”

For more information on the Lake Placid Hall of Fame visit: http://www.orda.org/corporate/halloffame/ae.html .

For more information on Andrew Weibrecht, please view this article by the Associated Press. www.newyorkupstate.com/lake-placid/2018/09/andrew_weibrecht_olympics_skiing_lake_placid_mirror_lake_inn.html.

A special thanks to Joni Podres for granting me an interview and permission to photograph her collection of photos, letters, artwork, and awards that appear within this story.