GLENS FALLS, NY â€” Mark Behan, the president and founder of Behan Communications, has been appointed to the Board of Directors of Arrow Financial Corporation, a multi-bank holding company based in northern New York, with more than $2 billion in assets.

Mr. Behan was appointed to the position along with two other regional business and community leadersÂ â€”Â Elizabeth Miller and Raymond Oâ€™Conor. All terms begin January 1, 2017. 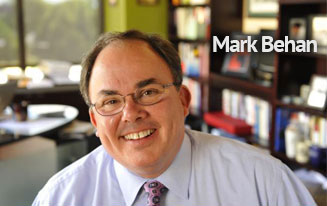 In addition to overseeing the leading strategic communications firm in New York's Capital Region, Mr. Behan is an active leader in the community, and serves as a member of the Board of Governors ofÂ  Glens Falls Hospital and a Director of The Hyde Collection, the Glens Falls Foundation, the E. Leo Spain Foundation and Kelly's Angels, Inc. He has served as a Director of Glens Falls National Bank and Trust Company, Arrowâ€™s lead subsidiary, since 2015.

Ms. Miller is President and CEO of Miller Mechanical Services, Inc., in Glens Falls and Chair of Doty Machine WorksÂ in Fort Edward. She has served on Glens Falls Nationalâ€™s Board of Directors since 2015. Mr. Oâ€™Conor is the current Chairman and former President and CEO of Saratoga National Bank and Trust Company, an Arrow subsidiary. He has served on Saratoga Nationalâ€™s Board of Directors since 1996.
Â Â
Tom Murphy, Arrow President and CEO, stated about the appointments: â€œAs a result of routine succession planning, we are honored to have these three community leaders join the Arrow Board of Directors. They bring valuable skill sets, knowledge of our market, and additional business expertise. We look forward to their contributions.â€