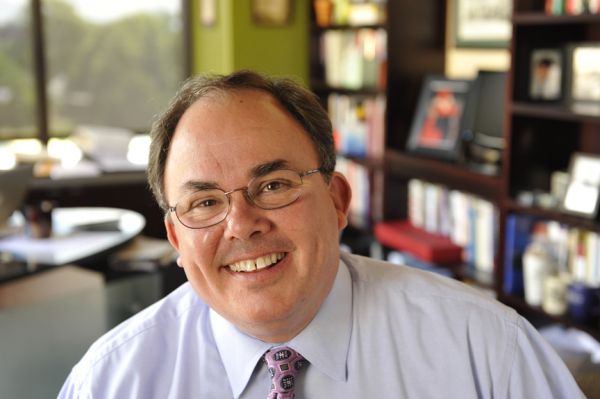 Mark Behan founded Behan Communications in 1988 after a career as a reporter, editor and newspaper executive. As city editor of Hearst Corp.’s Times Union in Albany, N.Y., Mark supervised local and state news coverage for the leading daily newspaper in New York State’s capital. At 26, he became one of the youngest editors-in-chief in the country when he was chosen for the top job at The Glens Falls, N.Y., Post-Star.

Since establishing Behan Communications, he has served as an adviser to CEOs of many companies and major not-for-profit organizations and has specialized in helping clients manage high-visibility issues, including investigations, high-profile litigation, regulatory matters, political controversy, financial issues, leadership transitions, and labor relations.

Having served for many years as the public and media spokesman for GE on the Hudson River dredging project in New York, Mark was praised by former GE Chairman Jack Welch for “courage and brains” and “sensational and dedicated work to get the truth out on the Hudson.”

Mark serves on the boards of Arrow Financial Corp. (NASDAQ: AROW) and Glens Falls National Bank and Trust Co., The Hyde Collection art museum, Glens Falls Hospital, the Glens Falls Foundation, the E. Leo Spain Foundation and Kelly’s Angels Inc. He previously served on the boards of the Economic Development Corp. of Warren County, Crandall Public Library, the Chapman Historical Museum, St. Mary's-St. Alphonsus Regional Catholic School, and the Adirondack Regional Chambers of Commerce. He has served as a judge for the Public Relations Society of America’s Bronze Anvil Award, the industry’s highest honor. Mark is a graduate of Colgate University and has completed executive development programs at the Harvard Business School and the Harvard Law School.