CALLING ALL RUNNERS AND WALKERS: WE NEED YOU TO HELP KIDS SMILE

Calling All Runners and Walkers: We Need You to Help Kids Smile

WILTON – Hundreds of local families will be running and walking with and for a purpose on Mother’s Day, Sunday, May 13, 2018, in the Saratoga Spa State Park. 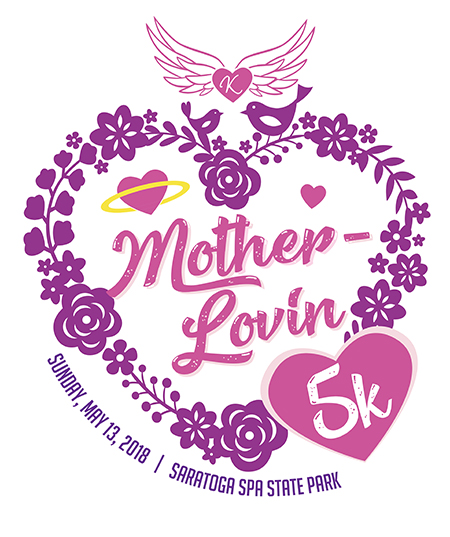 Registration is now open for the Kelly’s Angels Mother-Lovin’ 5K, which invites men, women and children of all ages and abilities to step up to participate in the name of helping children who’ve lost a parent or sibling to cancer.

Now in its 6th year, the event is held on “Mother-Lovin’ Day” in Saratoga Springs. It typically attracts more than 1,000 people who run or walk or cheer for their friends and family members who do.

“You don’t have to be a runner,” says Kelly’s Angels President, Mark Mulholland. “You only have to have a heart.”

The activities step off at 8:45 a.m. with a Kids’ Fun Run where children under nine race toward the finish line with moms and dads rooting them on or running alongside.

The Mother-Lovin’ 5K is Kelly’s Angels’ only annual fundraiser and it is much more than a walk (or run) in the park. It features an auction of great prizes such as restaurant certificates or hotel stays. There’ll be complimentary goodies, including chocolate milk from King Brothers Dairy, gelato from Saratoga Gelato, and Upstate Photo Fun’s photo booth captures participants’ zany poses.

Cost to register is $30.00 for individuals, and online registration continues through May 10 at 10:00 a.m., and race day registration is $35. T-shirts are guaranteed for all racers who register by April 20th.  Individuals, families and teams are encouraged to sign up as soon as possible. Race day registration and packet pickup runs from 7:30-8:30 a.m. at the Orenda Pavilion. Participants can register at https://www.zippyreg.com/online_reg/index.php?e=1080

About Kelly’s Angels: Now in its 10th year, Kelly’s Angels has brought much-needed joy and smiles to more than 100 Capital Region children who have lost a parent or principal care-giver to cancer. Founded by NewsChannel 13’s Mark Mulholland in memory of his wife who passed away at the age of 37, Kelly’s Angels provides Fun Grants to children who’ve lost a parent or sibling to cancer. The grants allow kids to do or buy something that will make them smile and laugh. Kelly’s Angels also provides college scholarships to area students who have overcome adversity and shown a commitment to helping other children.  Kelly’s Angels, Inc. is a 501(c)(3) not-for-profit and all donations to the organization are tax deductible under the guidelines of the Internal Revenue Service.