GLENS FALLS, N.Y. â€”Â The Adirondack Civic Center Coalition, Inc. has agreed to purchase the ECHL Adirondack Thunder from the Calgary Flames in a deal that ensures continued operation of professional hockey in Glens Falls.

The ECHL Board of Governors unanimously approved the sale this month, providing Coalition representatives with a seat on the ECHL Board.

â€œOwning the Adirondack Thunder allows us to control our own destiny, and focus on the long-term success of hockey and the Civic Center,â€ said Daniel J. Burke, president of the Coalition. â€œSince the Adirondack Red Wings left in 1999, the community has not had a long-term commitment from a professional hockey organization. That changes today.â€

Brian Petrovek, Adirondack Thunder President, said "We are grateful for the support we have received from the community over the past three seasons and we wish the Coalition all the best as they become new members of the ECHL. What a wonderful way to celebrate the 35th anniversary of professional hockey in the region. Glens Falls is a great hockey town."

â€œWe have been impressed with the passion and commitment by the new ownership group. They are doing this for all of the right reasons. Having a professional team and vibrant arena will enhance entertainment options and add to the quality of life in the entire region,â€ said ECHL Commissioner Brian McKenna. 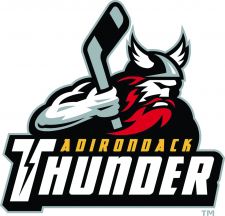 The Adirondack Civic Center Coalition is launching a â€œKeep Hockey Hereâ€ fundraising campaign to solicit the additional funds necessary for a successful team ownership. The Coalition has already raised $200,000 of the $1 million campaign goal, including contributions from Coalition members.

â€œWeâ€™re ready to work with the community to make this team a long-term success in Glens Falls and to keep hockey here,â€ Mr. Burke said. â€œOur members have stepped up, and we know our neighbors will be right behind us in supporting this effort. Together, we will ensure vibrant winter nights in downtown Glens Falls and a successful Civic Center for decades to come.â€

The Adirondack Civic Center Coalition is a non-profit group of local business and community volunteer leaders who manage the Glens Falls Civic Center. The purchase of the team was approved by the ECHL Board of Governors last week, and the Coalition has established a hockey board of managers with area hockey experts to ensure its success. The volunteer management team is comprised of Glenn Merkosky and Greg Joly, two former professional hockey players, as well as Kevin Mahoney and retired State Supreme Court Justice David Krogmann, and Coalition members Ed Moore, Claude Loiselle (also a former professional hockey player), Elisabeth Mahoney and George Ferone. 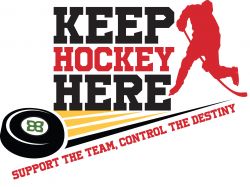 Any profits generated by the team will be used in support of the team and the Civic Center. None of the Coalition members or hockey board of managers will receive any profits.

â€œKeeping the Adirondack Thunder in the Glens Falls community is great news for the region,â€ said Senator Betty Little. â€œHockey and the Civic Center are critical pieces in the continued growth of economic development and tourism.â€

Assembly Member Dan Stec said, â€œIâ€™m absolutely thrilled about this news. The Coalition has done extraordinary work already, and their commitment to the community and the success of this regional gem continues to shine through.â€

Glens Falls Mayor Jack Diamond said, â€œâ€œWe were excited when the coalition stepped up to lease the Civic Center two years ago because we knew this local group would be a responsible steward of this important Glens Falls asset. Todayâ€™s announcement just reinforces that belief.â€

Warren County Board of Supervisors Chairman Ronald Conover said, â€œThe success of the Civic Center and the presence of professional hockey in the region is an important economic and cultural boost for the entire region, and we welcome this news.â€Â