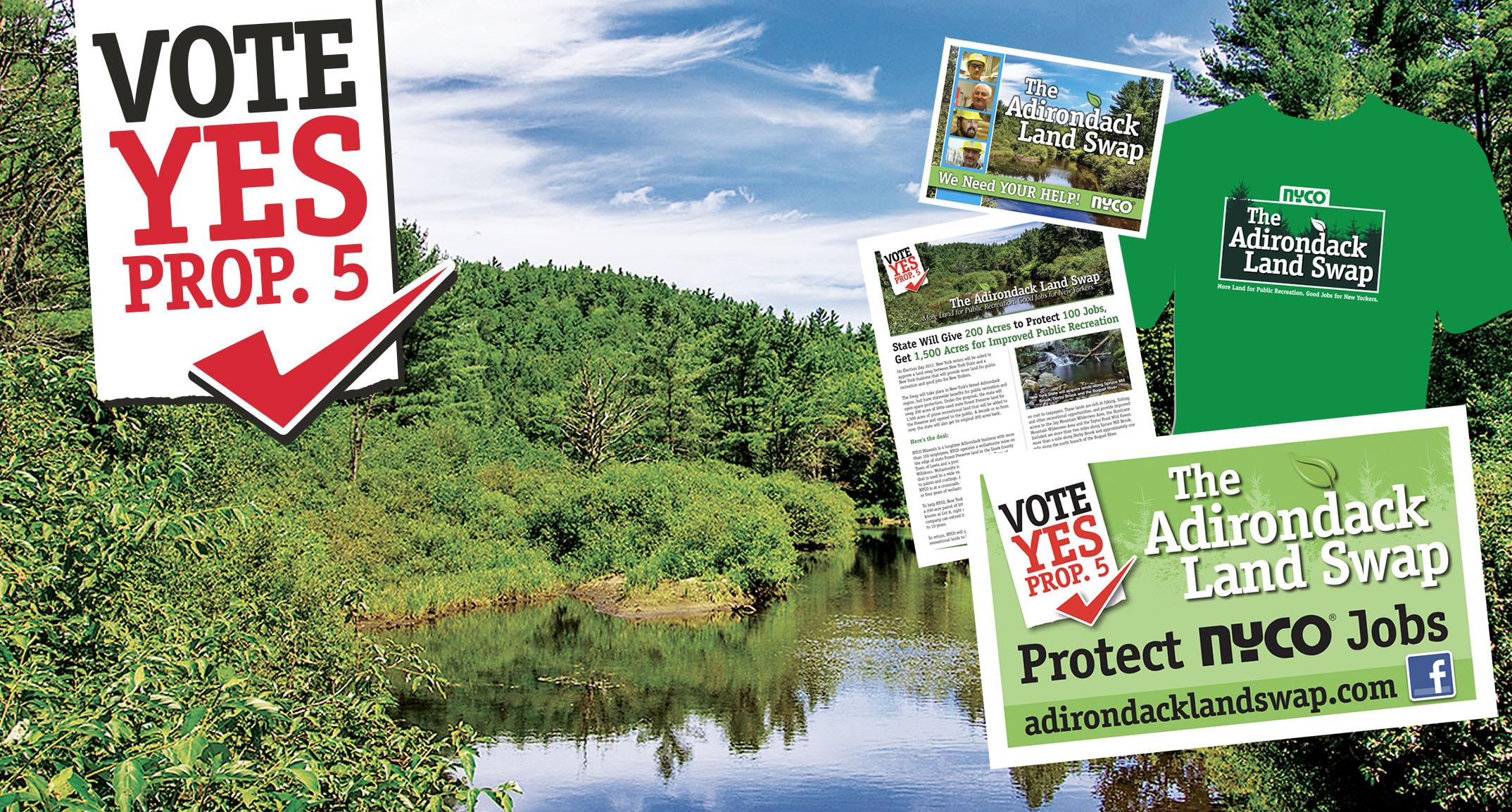 In 2017, Behan guided the Adirondack Association of Towns and Villages’ traditional and social media campaigns in support of Ballot Proposal #3, creating a “land bank” that will expand the state Forest Preserve AND make it easier for Adirondack and Catskills communities to complete important public health and safety infrastructure projects. The proposal was approved by voters on Election Day.

Our work helped secure positive news media attention and editorial endorsements from news outlets across the state. The Behan team also created and managed the VoteYesforTheAdirondacks.com website, as well as companion Facebook and Twitter campaigns that helped galvanize support for the proposal.

“The Behan team did a great job assisting AATV with Ballot Proposal #3,” said Bill Farber, Chairman of the Hamilton County Board of Supervisors. “You really only need to look at how close the results were, to know how important Behan was to our effort. It is pretty clear we would not have gotten this over the finish line without them.”

The NYCO mine in the Adirondack Mountains had but a few years of life left. Once the limit was reached, the business and the jobs and communities it supported would be in jeopardy.

NYCO had one shot — persuade the voters of New York State to allow mining temporarily on 200 acres of Forever Wild Forest Preserve land in exchange for permanent ownership of 1,500 acres of pristine forests and streams.

NYCO entrusted the task to Behan, which organized and executed a data-driven statewide campaign including coalition building, media relations, mainstream and online advertising, targeted direct mail and electronic communications and public advocacy. The result: Endorsements from key newspapers across the state, as well as from environmental, labor and business groups; interviews in key television markets; and broad public support from state and local elected officials. On Election Day, for the first time in history, New York voters approved a land swap in the Adirondack Forest Preserve to benefit a private company, preserving essential jobs in an isolated rural community. For this campaign, Behan was awarded the prestigious Silver Anvil by the Public Relations Society of America.